In today’s world of pollution, adulterated and chemically treated food and drinks, stressful lifestyle, electronic distractions, erratic climate changes, it is very important for parents to focus on improving immunity in children to help them to grow up into strong, healthy and intelligent individuals. Swarnaprashana is one such method, mentioned in the classics, which imparts health and intelligence naturally.

Swarnaprashana translates to ‘intake of Swarna/Gold bhasma’. It is one of the ‘Shodasha Samskaras’ (the 16 rites of passage of a human being from conception to cremation, signifying milestones in an individual's journey of life). It is a natural, time tested method to improve overall health of children practiced for more than 1000s of years.

WHY IS IT IMPORTANT TO GIVE ANUDINA SWARNAPRASHANA TO MY CHILD?

While emphasizing the importance of Early Childhood Development (ECD), UNICEF reinforces that “Early childhood is not only the time when the brain develops rapidly, but a critical window of opportunity for establishing children’s immunity and therefore, the foundation of good health and optimal productivity in the future.” So, investing in improving immunity and developing intelligence in the early years is imperative for the wellbeing of the child. There is ample evidence that a child's intelligence is not fully given at birth, but continues to evolve and change at least through the early elementary school years. Early childhood development is the key to a full and productive life for a child. Research has shown that half of the person’s intelligence potential is developed by age four and early childhood interventions can have a lasting effect on intellectual capacity, personality and social behavior. 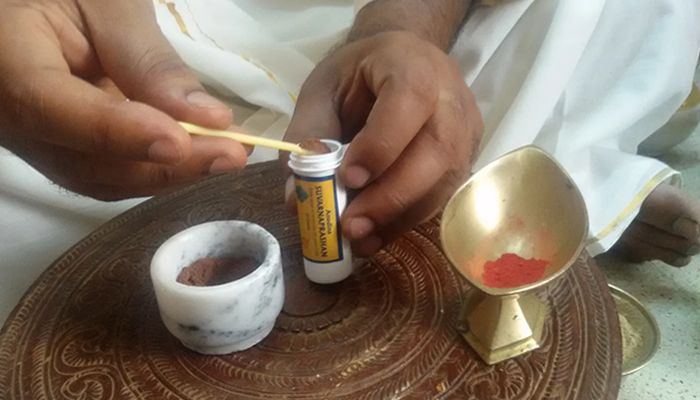 As with all other organs and systems in the body, a newborn is not born with a fully developed immune system at birth. Rather, their immunity - a protective function consisting of cells, proteins, and organs - grows and strengthens with time, striving with each new day to keep them safe from the multitude of pathogens that they encounter in their environments. A child’s immune system will start to develop on its own at about 2-3 months of age. At this point the antibodies that mother has conferred start to decline. A baby’s immune system begins to grow and develop when it comes into contact with bacteria, viruses and fungi and can wage an attack against them. By 1 year of age a baby will have developed its immune system significantly, although not entirely. Some experts suggest an immune system is not fully developed until a child is approximately 12-14 years of age, when they finally reach adult levels of antibody formation. 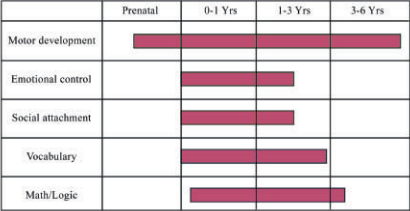 A growing number of childhood diseases such as allergic disorders such as allergic rhinitis, atopic dermatitis, asthma and others have been linked to environmental exposures during prenatal and early postnatal development. Because the immune response plays a critical role in each of these diseases, it is important to consider measures to support the children's developing immune system in the early years of their development. Anudina Swarnaprashana is a great gift to parents, in their effort towards improving their children’s intelligence and immunity.

WHAT ARE THE BENEFITS OF ANUDINA SWARNAPRASHANA MENTIONED IN THE CLASSICS?

The benefits of administering small quantities of Swarna bhasma are:

The classics recommend Swarnaprashana from the time of birth to 16 years (0-16 years). According to Kashyapa Samhitha , it is most beneficial when given very day.

WHAT IS THE BEST WAY TO GIVE ANUDINA SWARNAPRASHANA TO CHILDREN?

The best way to make Swarnaprashana is to process the swarna bhasma with other herbs. Since it is in dry/powder form, it is easy to ensure exact dosage of the Gold bhasma and other herbs. The herbs added are carefully chosen and curated to maximize the benefits of Swarnaprshana. Brain tonics like Brahmi, Shankapushpi, digestives like Trikatu, immunomodulators like Guduchi, Amalaki and other herbs are added. The specific age appropriate dosage of the powder can be mixed with honey, just before administering to the child. We, at Shreshtha, have been making Anudina Swarnaprashana in powder form, from 1997. Thousands of parents, in India and overseas have found it beneficial for their children and also convenient because they can carry it with them easily and administer the dosage themselves.

WHY IS SWARNAPRASHANA GIVEN ON PUSHYA NAKSHATRA DAY BY SOME AYURVEDIC DOCTORS?

Nowhere in the classics, there is a specific mention of Pushya Nakshatra day for Swarnaprashana. Pushya nakshatra day (which arrives approximately once in 28days) is considered a good day to administer Swarnaprashana by some Ayurvedic physicians. But, for the purpose of improving immunity and to get full benefits of Swarnaprashana, it is important to be given every day.Ayurvedic doctors/companies are mixing the Swarna bhasma with Brahmi Ghritha (as it a good brain tonic) and honey and administering it as drops from a dropper. Though it makes sense to add a brain tonic, it poses some practical problems

It is ideal to administer early in the morning on empty stomach. But, since the ingredients are processed to make it highly absorbable and bio available, it can be given in the later part of the day too.

Directions of use:Use the measuring scoop provided to measure the dosage. Choose the age appropriate- right dosage according to the table below.

Dosage according to age:

To ensure quality, Anudina Swarnaprashana is made in small batches. This helps us to avoid efficacy and safety issues, which is common when made in large batches and stored for a long time. Each container has an expiry period of 24 months.

Anudina Swarnaprashana is formulated by renowned Ayurvedic Physician, Dr.Santosh of Shreshtha Ayurvedic Center according to the guidelines in the Ayurvedic classics. Each batch is personally supervised by the doctor and packed by his team.

DOES SWARNAPRASHANA HAVE ANY SIDE EFFECTS?

No side effects have been reported.

THERE ARE SOME SAFETY ISSUES RAISED ABOUT THE USE OF METALS IN AYURVEDIC MEDICINE. IS IT SAFE TO GIVE GOLD BHASMA TO MY CHILD?

First, let us understand what a bhasma is :

A Bhasma means an ash obtained through incineration (a process where in the thermal treatment reduces the material in to ash); the starter material undergoes an elaborate process of purification and this process is followed by the reaction phase, which involves incorporation of some other minerals and/or herbal extract to ensure further safety. So, intake of Gold Bhasma is not the same as intake of Gold as metal. https://www.ncbi.nlm.nih.gov/pmc/articles/PMC3960793/

The National Center for Biotechnology information has conducted detailed studies on Gold Bhasma and has vouched for the safety of Gold Bhasma. It further compares the actions of the bhasma to that of nano particles and are highly compatible to the blood in systemic circulation. The results of this study reinforce the application of Swarna bhasma as a therapeutic agent in clinical medicine from the safety point of view. https://www.ncbi.nlm.nih.gov/pmc/articles/PMC3157103/